Anyone seriously injured because of another party’s recklessness or negligence can seek compensation via a lawsuit. Many types of lawsuits have a statute of limitations or time limit within which the lawsuit must be filed. In Texas, most personal injury cases have a two-year statute of limitations from the accident causing the injury. For a wrongful death lawsuit, the two-year statute dates from the time of death. Your attorney will inform you about the relevant statutes of limitation in your case.

Consult with an Attorney

A person suffering a serious injury needs a qualified and experienced personal injury attorney to fight for them. The Dashner Law Firm, with offices in Dallas, Fort Worth, Arlington, Irving, and McAllen, Texas, provides personal injury law services to the Dallas-Fort Worth area. At Dashner Law Firm, we will evaluate your particular situation and determine whether you have a case.

A lawyer does not represent a client until both parties sign an engagement agreement. An attorney cannot represent anyone with whom he may have a conflict of interest. Such conflicts may involve current or previous clients or issues of a personal nature. The attorney representation agreement delineates the attorney/client relationship.

If you have any questions, ask your attorney before signing the agreement. The terms of the agreement include any retainer, fees, and a payment schedule. If your case is taken on contingency, the agreement will state the percentage of any award due to the lawyer. The agreement should also state that other expenses, including litigation, are deducted from the award. It will state whether those expenses are deductible before or after the contingency fee calculation. The terms make clear whether fees vary depending on whether the case settles, heads to trial or is appealed.

Negotiations with the Defendant and Insurance Company

If you are in an accident, there are two primary issues to consider. The first is getting medical attention, even if you do not think you were badly hurt. The second is what not to do, and that involves signing any agreements with the insurance company. The other party’s – or defendant’s -insurance company wants you to settle for as little as possible and will try to get you to agree to an offer while you are still experiencing the physical, emotional and mental effects of an accident. Your attorney knows whether a compensation offer is reasonable, and can help you negotiate the insurance claim process. If a fair settlement cannot be reached, the case heads to trial. 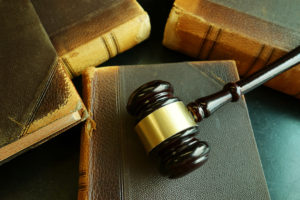 defendant with the citation. Most likely, the defendant files a counterclaim with the court. If there is no response from the defendant, or the defendant does not appear at trial on a later date, the judge may order a “default judgment.”

More often, the defendant’s insurance company’s lawyer sends an answer known as a “general denial.” This means the plaintiff must provide proof of the allegations in the petition. The answer may include defenses to claims made in the suit.

The discovery process permits each side in a lawsuit to ask each other for case-related information. Each side must show the other any evidence they intend to use in the suit. The responses must be submitted within the time allowed by law. There are various types of discovery, including:

Depositions are interviews performed under oath and taken down by a court reporter. Such interviews may be conducted in person or via telephone, an electronic medium or in writing. Parties involved in the case are not the only ones subject to deposition. Witnesses or others with relevant information to the case may be deposed. There are strict rules regarding depositions, including noticing, location, time limits, and areas of questioning. Should the case go to trial, depositions may be used in court.

The goal of mediation is reaching a settlement. That does not always happen, but it is a last attempt to settle the case before going to trial. In Texas, mediation is necessary before a civil suit heads to court. In mediation, lawyers for both parties meet in an attorney’s office and discuss the case in front of a mediator. That individual is usually a retired judge. Once both the plaintiff’s and defendant’s attorneys speak, each goes into a separate room. The mediator meets with both of them, going back and forth in an attempt to reach a settlement. The mediator might recommend ways of resolving the issues, but he or she is not acting as a judge and cannot force a settlement.

The plaintiff and defendant do not have to say anything during mediation. If you do comment, it is considered privileged information – it cannot be used against you in the suit. A mediation session is not recorded. If seeing the person who caused the injury is distressing, you do not have to stay in the room with that individual.

The overwhelming majority of personal injury cases are settled, but those cases that do not settle head to trial. In civil cases, either a jury or a judge renders the decision. It’s not a

“guilty” or “not guilty” situation as occurs in a criminal trial. Unlike a criminal trial, where the burden of proof is “beyond a reasonable doubt,” in a civil trial it is based on the preponderance of the evidence. If your attorney thinks a jury trial is preferable, it is necessary to file a written request with the clerk of the court within a certain period of time.

In a civil trial, each attorney presents an opening statement. The plaintiff bears the burden of proof, so they and their witnesses and evidence go first. Besides witnesses, such evidence may include police reports, medical records, and copies of pay stubs or other information verifying lost wages.

There is a direct examination of the witnesses by the plaintiff’s lawyer and cross-examination by the attorney for the defendant. Then the defendant’s lawyer put forth their witnesses and evidence, with the opposite sides now directly or cross-examining witnesses. When both sides finish presenting evidence, the case goes to the jury along with questions. When the jury makes their decision, they will answer such questions either as “yes” or “no.”

Although the questions vary according to the situation, an affirmative answer generally means they side with the plaintiff and a negative answer with the defendant. For example, the question may be posed to the jury as, “Do you find on the preponderance of the evidence that Thomas Johnson was driving his truck in excess of the posted speed limit of 50 miles per hour?”

It is possible to settle a case even during a trial. Once the case is settled, it is over.

Contact Us To See How Much Your Injury Case is Worth

We have locations in three major cities. If you are in the need of a personal injury attorney, contact Dashner Law Firm today!!