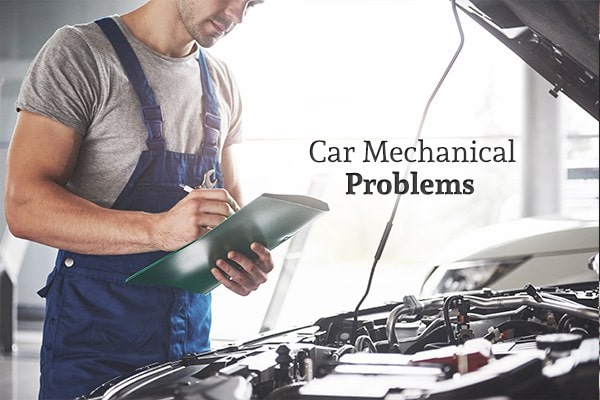 Every year, mechanical failures lead to thousands of car accidents. While some of these accidents are due to a failure to perform maintenance on a vehicle, many are due to car manufacturing defects. These defects – which should have been caught long before the cars were released to the public – lead to several injuries and even deaths each year.

There are some common manufacturing defects that are often leading causes in auto accidents. You’d think that auto manufacturers would double check for these kinds of defects, but they often rush to meet deadlines instead of making sure that their cars meet top safety standards. When these big companies weigh profits over people, you suffer.

Here are the 6 most common car manufacturing defects that auto companies should look out for, but often don’t.

Brakes are perhaps the most integral tool in preventing vehicle accidents. When they fail, it can make it hard to stop in time to avoid rear-ending someone or running through a red light. Brake problems can lead to anything from minor injuries to multiple fatalities.

When brakes malfunction, it’s often due to a faulty brake line. Brakes require brake fluid in order to operate correctly. When brake lines fail, they cause brake fluid to leak out, which means that the fluid does not make it to the brakes. In that case, no matter how many times you step on your brake, nothing will happen.

Other vehicle brake manufacturing defects may be found in the Antilock Brake System (ABS) or the dual brake system.

Even if your car is fueled by gas, many of its components are run by an electrical system. This system powers everything from your lights to your ignition, and it can cause quite a few problems when it fails. A common issue caused by a faulty electrical system is car lights not working. While this may seem like a minor inconvenience, lights that are not working can put you in great danger. When you go down a street at night – especially a street that is not well-lit – you need your headlights so that you can see the road ahead of you. When the electrical system powering your headlights fails, you can miss dangers on the road or simply not be able to see the road at all.

If electrical system malfunctions cause your tail lights or brake lights to go out, it will be hard for other drivers to see you on a darkened road. This will likely lead to a rear-end collision.

When you drive your car somewhere, you usually don’t travel in a straight line the whole time. Even if you did, you’ve got to keep your hands on the wheel because imperfections in roadways often cause vehicles to drift. And, of course, things may appear before you that require you to swerve.

A heavy rainstorm can significantly decrease visibility – even when you have working windshield wipers. However, if you’re on the highway under heavy rainfall and your windshield wipers fail, your visibility has suddenly dropped to zero. You may be lucky and encounter this kind of auto manufacturing defect during a light drizzle. If it’s during a heavy rainstorm, however, you’re likely to get into a car accident.

Just like your brakes, you depend on your accelerator pedal to help you avoid accidents. However, if you need to slow down or stop but your accelerator breaks or sticks in place, there’s a good chance that you’ll end up being involved in an auto accident. It’s especially dangerous if this auto defect causes problems while you’re traveling at high speeds.

When airbags fail to deploy or explode when deployed, it makes these safety features ineffective. Recalls on airbags that fail to deploy happen all the time; however, they can also require recall when they deploy at the wrong time. If an airbag deploys for no reason while a driver is on the highway, it will likely cause a dangerous accident. Faulty airbags are an incredibly common car manufacturing defect, with several cars and parts getting recalled every year.

If you were involved in a crash caused by a car manufacturing defect, contact The Dashner Law Firm. With years of experience with both product liability and car accident cases, they can make sure that you get the maximum compensation you deserve for your injuries.