Tips For Keeping Your Teen Safe on The Roadways

Home » Blog » Tips For Keeping Your Teen Safe on The Roadways 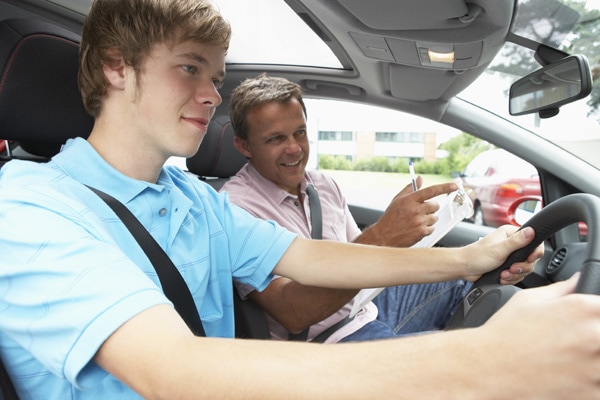 The thought of putting your most precious possession –your teenage child– behind the steering wheel of a 3,000 plus pound vehicle is terrifying, to say the least. In addition, you can’t control the other drivers on the road. Drivers who aren’t as concerned with your child’s safety as you are.

According to kidshealth.org, aggressive drivers are considered road hazards, since they cause one-third of all traffic accidents. Therefore, you need to teach your child about the dangers all around them on the roadways. Thankfully, you can reduce the risk of your child being involved in an accident by teaching them the following defensive driving techniques:

Make Sure They Know Not to Text or Talk While Driving:

A big aspect of keeping your child safe on the roadways is teaching them to remain diligent while behind the wheel. This means teaching them to leave their cell phone off or in their bag while driving. There is no text or call that is worth your child dying over. Let them know what the stats from textinganddrivingsafety.com say about texting and driving. They are listed below:

As you can see from these stats, texting/talking while driving is a major problem for this age group. Ensure your teen knows the dangers and put rules in place to prevent them from using their phones while driving, even if they think it’s safe. This will keep their eyes on the road, so they can be more alert to the dangers around them.

Teach Them to Pay Attention to What’s Around Them:

Speaking of dangers around your teen, defensive driving is all about paying attention to other drivers. Teach your teen to always look ahead of them while in traffic. They also need to look at the cars next to them and behind them. Share with them what to look for in other drivers.

Teach them to examine other cars on the road, noticing things like swerving, speeding, and drivers who are texting or talking on their phone. Share with them what to do when they notice these things that could become a problem. Tips for slowing down and giving a swerving driver more room is one such tip.

Invest in a Safe Car:

It has been said the best defense is a good offense. Although this phrase is oftentimes used in reference to sports, it can be applied to driving as well. Get your teen a safe car, with features such as blind spot monitoring. Research cars to learn which have scored the best in terms of safety scores, and choose one of the safer models for your teen to drive. This will mean your child has a great defense around them in the event of an accident.

By teaching your teen defensive driving, you can reduce their risk of getting into an auto accident. Unfortunately, even when they do everything right, they might still end up in an accident, due to other driver’s error. If you or your child were the victims of an auto accident, call us today. You could be entitled to compensation.