Auto Accidents: My Fault? Your Fault? No Fault?

Home » Blog » Auto Accidents: My Fault? Your Fault? No Fault? 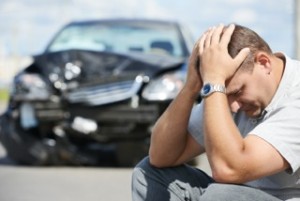 No matter how good a driver you are — or how old you are — sooner or later you can expect to have an auto accident. We like to think we care more about the safety of each of the drivers/passengers affected by our accident. But the truth is, while we ask if everyone is ok, the big question screaming in our minds is: Whose fault was this?

That’s the million dollar question because someone will be held responsible for causing the accident. Being held responsible in a “fault” state, like Texas means your insurance company will help pay for the repairs, medical expenses and other losses of the not-at-fault drivers and passengers.

What is a “no-fault” state? States that have “no-fault” insurance coverage require drivers to carry Personal Injury Protection (PIP). In these states, each insurance company pays for its own insured’s medical expenses up to the specified limit. This only applies to medical coverage. The companies still determine property damage on a “fault” basis. This means that whoever is found at fault will pay for the property damage.

How To Determine Who is At Fault

In some states, the negligence standard is called “comparative negligence” because the companies can determine a person responsible for a portion of the damages even if only partly to blame. What this means in practical terms is if you are 40% to blame for the accident, you can seek 60% of damages for your injuries from the other driver (because he was 60% negligent).

Other states use a “modified comparative negligence” standard. This modified standard only allows you to seek damages if your own negligence is under a certain threshold. In other words, in some states, if you are more than 50% at fault, you may not seek damages from the other driver’s insurance company.

Confused yet? There is actually a third negligence standard that falls under an “all or nothing” rule. If you are even partly at fault for your auto accident, you cannot collect damages from the other party. Only if you are blameless can you seek damages. You are blameless, for example, if another driver hits you while you sit in your car waiting for the light to change.

What evidence do the insurance companies use to determine fault? Police reports form the basis of fault determinations because insurance companies see them as more reliable than eyewitness or victim reports. So, carefully record your story with the police. You never know when the police report might be used to put a finger on the scales of justice.