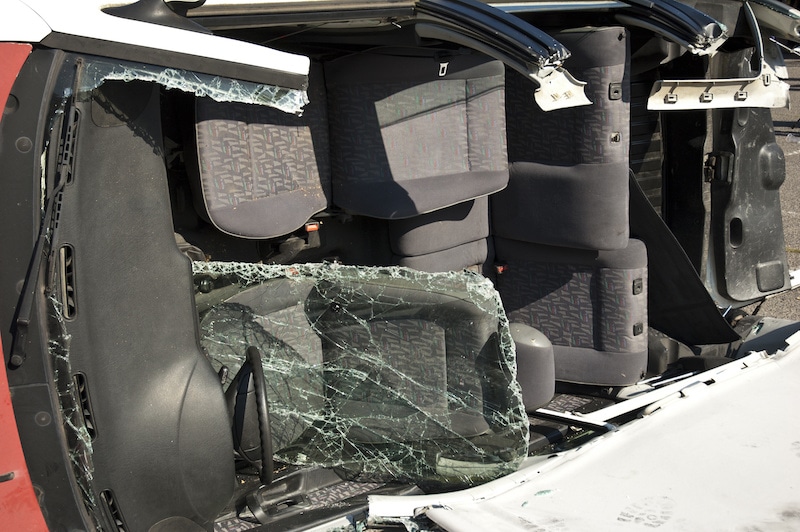 There are about 32,000 fatal rollover crashes per year in the United States. A rollover crash is when a vehicle actually rolls over at least once during the crash, usually going off the roadway and often onto completely different, uneven terrain. Rollover crashes are very dangerous, accounting for about one-fifth of all traffic fatalities.

Rollover accidents are particularly violent, with often unrestrained drivers thrown around the vehicle or actually thrown from it. While rollover accidents were only 3 percent of all accidents in 2000, they accounted for 20 percent of the fatalities of passenger vehicles.

About 3 out of 4 of the fatally injured were not using passenger restraints, and about 2 out of 3 were completely ejected from the vehicle. While rollover accidents are inherently dangerous because they literally roll the entire vehicle over, many of the fatalities could probably be prevented if the victims of these crashes were properly restrained.

Vehicles Most Likely to Roll Over

Theoretically, any vehicle can roll over. SUVs and vans are more susceptible because they are more top-heavy and have a higher center of gravity. A turn can cause the center of gravity to shift and the vehicle to go off balance.

Because of the serious nature of rollover accidents, they can easily result in traumatic injury or death. Minor injuries would only be associated with someone who was properly restrained.

A rollover crash would more likely result in serious injuries, such as broken bones, a neck injury, or a traumatic brain injury. A victim could lose limbs or have other permanent injuries.

If you have been injured in a rollover accident, you may be dealing with traumatic injuries. You may need care and need help managing your resources. Your insurance company might want you to accept a settlement before you are sure that you are fully recovered.

At The Dashner Law Firm, our attorneys understand what you are going through. We realize how difficult the road to recovery can be and want to help you coordinate your benefits so that you can receive the care and compensation you need while you are recovering.

If you are the victim of a rollover accident because of someone else’s negligence, you may be eligible to receive compensation for all you have suffered. We welcome your call at The Dashner Law Firm where we will discuss your case and start working for you for no charge.