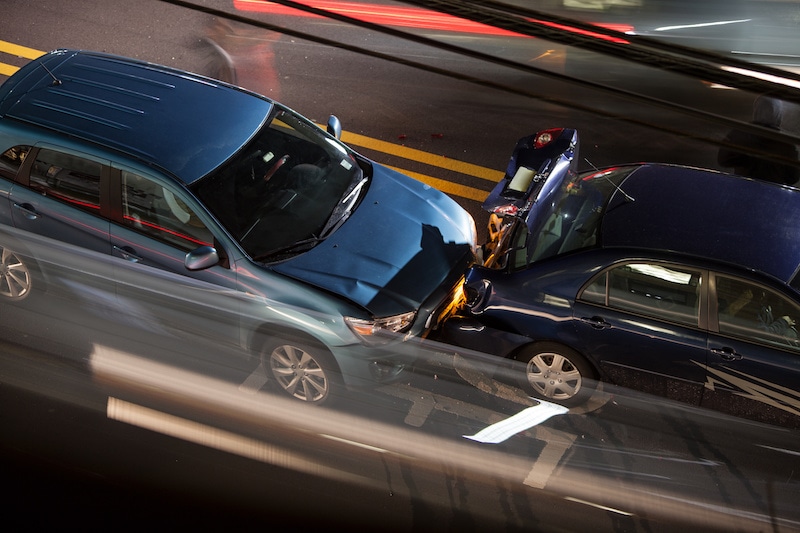 Rear-end accidents are those caused when one drives into the other from behind. Rear-end car accidents are very common, with following too closely being one of the top reasons for crashes in 2016. There were a total of 26,954 rear-end crashes reported, with only 16 of them fatal.

Because they are so common, people don’t think they are a big deal. But they cause a toll on the economy and a great deal of injury overall. These are one of the easiest injuries to avoid if people would follow traffic rules and be safe.

Many people believe that the striking vehicle is always the one at fault when there is a rear-end accident. However, there are several scenarios when the person hit is the one who should receive the blame and be held liable.

When drivers pull out in front of other vehicles, they need to have enough time to make the maneuver without interfering with the other car. A car driving down the street with the right of way will not be able to stop quickly enough to avoid a collision with a car that is suddenly in front of it. These kinds of collisions often happen when people pull onto the street from parking lots, when people run stop signs without waiting for the way to clear, and when people turn onto a street where the other driver has the green light.

Another example of the striking driver not being at fault is in the case of people who are trying to maneuver on the roads and highways without leaving enough room for other vehicles. For instance, a car may be trying to pass other vehicles, but it will pass some vehicles and then pull directly into the path of a vehicle which is traveling legally and safely down the street. If the vehicle did not leave enough space and got struck from behind, it will be his fault.

There are other possible scenarios when the vehicle which is hit could be the one at fault.

About one out of three claims for property damage are because of rear-end collisions. However, because they are not usually at great speeds, the individual claims are not always very large. A customer may need bodywork, a bumper, or work on the frame. Because the damage is on the opposite end of the engine, those problems are avoided too.

Common Injuries From Being Rear-Ended

Pain after a rear end accident is the most common complaint. Following too closely causes a significant number of accidents but a relatively small number of serious injuries. Of course, there are some significant injuries including fatalities. Those on motorcycles or who are in smaller vehicles are more vulnerable. The injuries and damages from those collisions can be devastating. Drivers can be killed immediately or paralyzed for life.

Rear end accidents are the ones most known for causing whiplash in the victim. Whiplash happens because your neck and head keep moving forward very fast but then jerk back upon impact. This can cause severe problems but the victim might feel fine and not go to a doctor right away. Even if you don’t notice them right away, soft tissue damage or spinal damage from whiplash can cause you significant pain and you might need treatment for years in order to recover.

It is important to go ahead and get checked out because a doctor can help with treating the ligaments and muscles which are frequently damaged in rear-end collisions. Even a minor collision can lead to soft tissue injuries which can cause headaches, dizziness, and many other symptoms which make it difficult for the victim to go about daily business.

A Texas man who was rear-ended by an uninsured drunk driver. Even with all that working against him, he still ended up getting a settlement of $30,000 from his insurance company. Another Texas driver was rear-ended while stopped in traffic, and he secured a $20,000 settlement for the driver and others in the vehicle.

A 45-year-old woman in Maryland was rear-ended and suffered back problems. The police were not originally called to the scene because she did not believe she was injured, but she ended up needing nerve block injections. Her final settlement totaled $250,000.

A woman in Michigan suffering a herniated disc had to sue her insurance company to recover after she was rear-ended, but she received $75,000 in her final settlement.

A jury in Florida awarded a victim $400,000 because she was rear-ended, causing her to suffer back injuries. Her insurance company tried to argue that she already had the injuries, but the jury awarded her expenses plus an extra $260,000 for pain and suffering.

Finding an Attorney After You Have Been Rear-Ended

When you have been rear-ended, it is usually easy to appoint the blame to the person who rear-ended you. Unfortunately, the kinds of injuries you will likely receive after being rear-ended are not the kind an insurance company will necessarily take seriously.  At The Dashner Law Firm, we deal with many types of traffic-related accidents and injuries. We want to help you with your case, and help you get the compensation you deserve so you can go on to make a full recovery. Call today if you have any questions, or would like us to start working on your case.