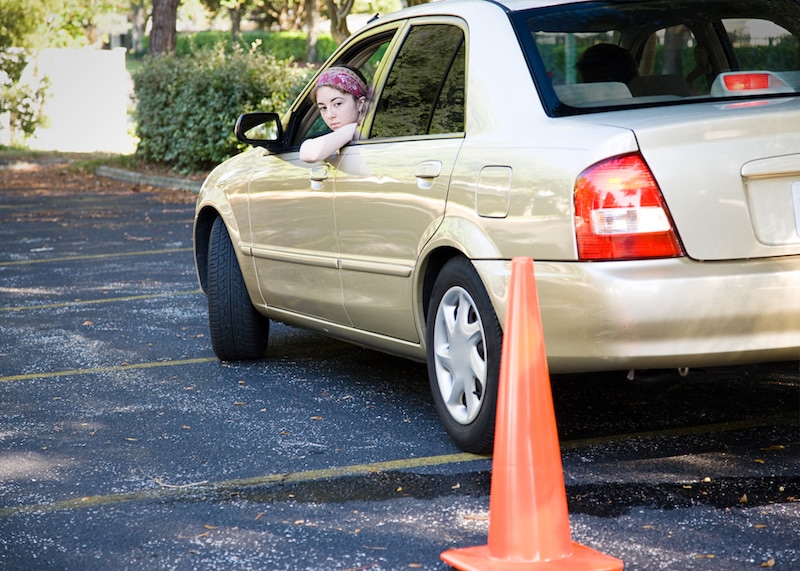 A backover accident occurs when a driver backs up and drives over a person who is standing, sitting, or otherwise behind the striking vehicle. Because of the size of the vehicle compared to the person, and the lack of protection of the person, these accidents can frequently result in traumatic injury or even death.

Backover car accidents typically occur on private property or on the side of the road instead of in traffic. They most commonly victimize small children and workers, such as construction workers and sanitation workers.

Determining Fault in a Car Accident Backing Up

The law forbids a driver to back up any vehicle unless the action can be done safely. With all other things being equal, the person backing the vehicle will most likely be liable for the resulting crash.

For instance, if a car is in a parking lot and driving toward a parking space, he may stop because he thinks another driver is coming out of the space. That driver is the one who will be at fault because the driver backing out of the space is the one who is in motion. Even if the driver stopped too close for the other driver to get out, he would not be responsible for the wreck.

Parking Lot Accidents – Both Backing Up

In a parking lot, there might be multiple drivers who have stopped. They might start moving at the same time. In those cases, you will need to determine who was where before you can determine fault. If they both started moving from a stationary point, one of them was probably in a position where he or she had more of a right to move first.

Drivers cause a substantial number of crashes by backing unsafely. Most of the crashes are not fast and do not result in such devastating consequences unless the backing vehicle is substantially heavier than the other vehicle. In Texas in 2016, there were 2,145 total crashes in rural areas caused by unsafe backing, with a total of 3 fatalities; that same year, there were 8,246 crashes caused by unsafe backing in urban areas, with five fatalities. This resulted in over 10,000 total crashes statewide for unsafe backing with 13 fatalities.

Backover accidents are another matter entirely. According to Kids and Cars, out of the 1,200 children under 15 who were killed in non-traffic motor vehicle accidents, half of them were backover accidents. Another 13 percent of the fatalities were caused by front-overs.

Every single week, two children are killed in backover accidents while another 50 are injured. Over 70 percent of the drivers were parents, grandparents, or other close relatives, now dealing forever with the trauma of harming their own loved ones.

Over 70 workers also died from backover accidents in 2011, according to the Bureau of Labor Statistics.This is a serious problem which causes a great deal of concern because people need to feel safe at work.

Backing a Vehicle Without Safety

Backing unsafely happens because it is difficult for drivers to see behind their car. It is particularly dangerous when there are children around, and it is also a problem in work zones. Workers are in particular danger because they are not protected inside a vehicle when other drivers, including co-workers, are driving around them. The Occupational Safety and Health Administration is working to prevent backovers for workers.

Safety features which could prevent backover accidents are considered optional and most cars are simply not equipped with them. These features include rear cameras and warning signals that audibly warn drivers of obstacles behind them.

If you or a loved one have been involved in a backover car accident, you are probably dealing with serious injuries. You need competent care and help dealing with the legal system. It is very likely the person who caused the injury is a co-worker or a loved one.

At The Dashner Law Firm, we understand the complex issues you are dealing with. We can make sure your loved one receives the care he or she needs while working within the law to get you the compensation you deserve. If you have any questions or would like to schedule a free consultation, call The Dashner Law Firm today.